Greetings from the Austin Chapter of the Romance Writers of America®!
We invite you to step inside and learn more about us.
Come to a monthly meeting! Contact membership for details. 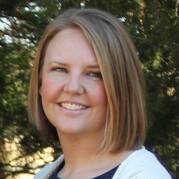 In this interactive workshop, we’ll discuss the various types of series in popular romance and then create a sample series framework using tropes, themes, and worldbuilding that appeals to the most detailed of plotters, but still allows pantsers a significant amount of creative freedom.

Cheryl Etchison began her writing career as an oil and gas reporter in her home state of Oklahoma. Bored to tears and broke as hell, it wasn’t long before she headed for the promise land of public relations. But that was nearly a lifetime ago and she’s since traded in reporting the facts for making it all up. Her debut novel, Once and For All: An American Valor Novel, was awarded the Romance Writers of America’s 2017 RITA® Award for Best First Book.

Go to the Meeting page for more info.