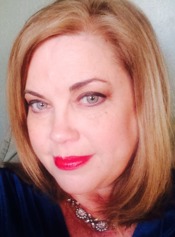 uthor Candace Havens has published more than 25 books. Her novels have received nominations for the RITA’s, Holt Medallion, Write Touch Reader Awards and National Readers Choice Awards. She is a Barbara Wilson Award winner. She is the author of the biography “Joss Whedon: The Genius Behind Buffy” and a contributor to several anthologies. She is also one of the nation’s leading entertainment journalists and has interviewed countless celebrities from George Clooney to Chris Pratt. Her entertainment columns are syndicated by FYI Television, Inc. She is the Executive Editor, and Editorial Director for the Embrace and Indulgence lines at Entangled Publishing. Candace also runs a free online writing workshop for more than 2000 writers, and teaches comprehensive writing classes. She does film reviews with Hawkeye in the Morning on 96.3 KSCS, and is a former President of the Television Critics Association.