The Three Things Men Want and the Four Things Women Need: Biological, or is it?
June 20, 2017 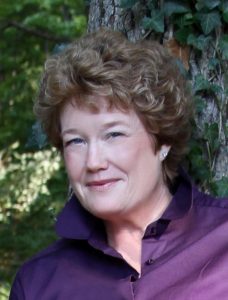 Cathy Maxwell’s enthusiasm for life graces the pages of her books and are the topic of the talks she gives to readers and writers groups about her chosen career.

She is no stranger to the limelight.  After graduating from college, Cathy started off as a news broadcaster.  She later decided reporting was boring compared to making news and joined the navy.   After a successful stint in Naval intelligence, including a tour with the Pentagon, Cathy proceeded to pursue writing.  Now, she has 30 published romance novels (and five anthologies) to her credit, many of them spending significant time on the New York Times and USA Today mass market best-seller lists. It’s clear that Cathy has succeeded in achieving her goals to a rare degree!

This native of Olathe, Kansas now resides in Virginia with children, horses, dogs, and cats. When not writing or tending her beloved animals, she is likely to be busy with one of many local charities or packing her bags to research her next novel.  Cathy’s motto is “travel light” and she enjoys meeting her fans all over the world.