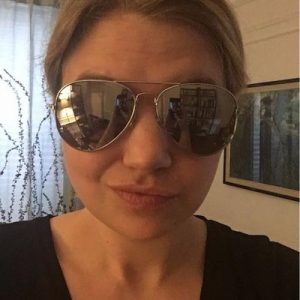 Hailing from Atlanta (in the way that all people hail from Atlanta—i.e., from a small suburb half an hour away), Jessie Edwards made her way to New York City in 2010 with a small savings account and a big dream to work at the premiere romance imprint in the industry. She achieved that dream with a position in the publicity department at Avon Books, where she has been ever since. As a senior publicist, Jessie strives to create dynamic campaigns aimed at building brands on both an individual-author and imprint-wide scale. She helps readers and authors engage on social media, at industry conventions, and at events across the country.  She has recently stepped into the role of lead publicist for Avon’s digital-first line, Avon Impulse.